Why Africa Is The Next Frontier For Fund Investors

It only took a look at the financial statements of the world’s largest maker of spirits to convince Larry Seruma that Africa was the place to go. 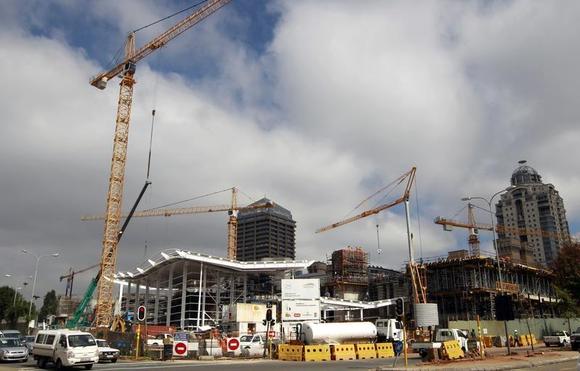 Seruma was then running a long-short hedge fund and had a position in Diageo Plc, the company behind the Johnnie Walker, Guinness and Captain Morgan brands. While African alcohol consumption lagged Europe or the Americas, Diageo’s rapid expansion on the continent was such that, by 2013, the region accounted for 13 percent of global revenue.

“Africa accounted for its most profitable business lines and a high-growth, high-return opportunity,” Seruma said.

With that in mind, Seruma wound down his hedge fund and launched the Nile Pan Africa Fund in November 2010.

Nile Pan Africa, which invests in companies from Cairo to Cape Town, has returned an average of more than 9 percent a year during the last three years through March 19, putting it in the top five percent of emerging markets funds tracked by Lipper. And it made those gains with a lower overall risk than its peers, helping it win a 2014 U.S. Lipper Fund Award for emerging markets funds, according to Jeff Tjornehoj, head of Americas Research at Lipper.

Seruma’s $43.5 million fund doesn’t buy the Diageos and other multinationals that are expanding into Africa. Instead, he focuses on small to mid-cap African companies such as New Mauritius Hotels Ltd, Dangote Cement Plc and causal dining company Famous Brands Ltd that are poised to benefit from growth on the continent.

It’s an approach that is almost the inverse of the benchmark MSCI Frontier Market index, which has a 43 percent weight in large companies and is made up chiefly of financial firms.

Seruma, by comparison, has 46 percent of his portfolio in small companies, and another 15 percent in micro-caps, the smallest of all publicly traded stocks. Only about 12 percent of the fund is invested in financials.

“We want to buy the local star,” said Seruma, who grew up in Uganda and now spends about half of the year in Africa and the rest at his headquarters in Princeton, New Jersey.

These stocks, he adds, are the least likely to be owned by exchange-traded and large index funds, making it more likely that the companies are mispriced.

Seruma has about a third of the portfolio in consumer companies, a third in infrastructure and a third in natural resources. He typically holds companies in 21 of Africa’s 28 stockmarkets, avoiding places such as South Sudan that are marked by instability. He focuses on countries such as Nigeria, whose population is expected to double by 2040, and on South Africa-based companies expanding in the sub-Sahara region.

Seruma follows a value-investing approach that looks for companies trading below their intrinsic price. He’s most interested in companies with a declining cost of capital, which should further their ability to expand. As many African businesses have high rates of familyownership

, most stocks pay a dividend. He aims to hold each company for 5 to 7 years.

Lately, Seruma has been buying more infrastructure and energy companies because consumer companies look expensive. His largest holding is Portuguese builder Mota Engil SGPS SA. The company announced in November that it will spin off its African operations, which account for some 60 percent of its pending orders in 2014. Mota-Engil stockholders will get a shareholding in the new company once it begins trading.

“This is going to give a pure play exposure to Africa” at a time when the continent is rapidly expanding highways, dams and bridges, Seruma said.

He also recently added Africa Oil Corp, a Canadian-based company that explores for oil and gas in Kenya and Ethiopia. In February, the company announced plans to explore 20 new wells in the region and continue to test new wells in the South Lokichar basin.

“This company is still far from reaching its full potential,” Seruma said.

To target consumers, Seruma holds 4.5 percent of his portfolio – his second largest position – in Uac of Nigeria Plc, a conglomerate whose businesses range from bottled water to paint to car dealerships. Although Uac shares are up 44 percent over the last 12 months, Sermua said the company is “trading at relatively cheap valuation for where its potential can be” given the consumer expansion in West Africa.

Investors who want to broaden their portfolios to include Africa should expect high fees. Seruma’s fund imposes an annual expense charge of $2.50 per $100 invested for its class A shares, which also come with a 5.75 percent load. The fund pays a dividend yield of 2.8 percent.