Many countries in Europe face a worrying lack of crop-pollinating honeybees, a problem caused mainly by an EU policy shift in favour of biofuels, scientists warned on Wednesday. 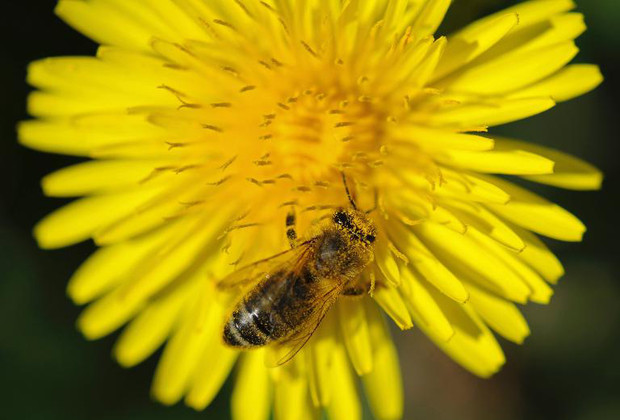 “Europe as a whole only has two-thirds of the honeybee colonies it needs, with a deficit of more than 13.4 million colonies — equivalent to around seven billion bees,” they said.

Researchers at the University of Reading in southern England compared the number of beehives in 41 European countries with pollination demand from 2005 to 2010.

In 22 countries, honeybees were unable meet demand, they found — with farmers increasingly having to rely on bumblebees and other wild insects.

The situation was best in Turkey, Greece and the Balkans, where there was a strong tradition of beekeeping, and supply met at least 90 percent of demand.

It was worst in the former Soviet Baltic republics and in Britain, with less than 25 percent, and in France and Germany, with 25 to 50 percent.

As a result, farmers relied more and more on wild pollinators rather than domesticated honeybees, whose services they rent during pollination time.

This growing dependence is worrying, given the fluctuations in wild insect populations and their vulnerability to intensive, mono-culture farming with few flowering plants to offer food or shelter, the study said.

“We face a catastrophe in future years unless we act now,” said Simon Potts, who led the investigation.

“Wild pollinators need greater protection. They are the unsung heroes of the countryside, providing a critical link in the food chain for humans and doing work for free.”

According to a 2009 estimate, insect pollination contributes 153 billion euros ($208 billion) to the global value of crops.

The new probe, published in the US journal PLOS ONE, said the gap in bee supply and demand lay with a 38-percent increase in the planted area of oilseed crops, such as rapeseed, sunflower and soybean.

The oilseed crop expansion was in response to a 2003 EU directive requiring biofuels to account for 5.75 percent of total fuel consumed by transport by 2010.

The 28-nation bloc has set a target of 10 percent for 2020 — spurring debate about limiting the share from food crops in order to avoid a knock-on effect on regional and world food markets.

The study also noted that the western honeybee (Apis mellifera) used in Europe has been hit in recent years by pests, as well as pesticide exposure.