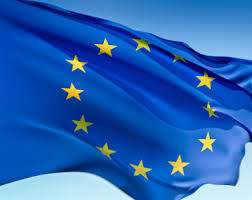 The European Union said on Wednesday it will give Kenya 40 billion shillings ($458.45 million) between 2014 and 2020, for use in agriculture and other sectors, extending an aid program to the African country.

The EU said the amount could be higher. It gave Kenya 46 billion shillings in its last aid program between 2008 and 2012.

The EU said in a statement it was still in discussions with the Kenyan government on where the 40 billion shillings would be spent. Sectors that EU assistance has targeted in the past have included education, energy, roads and health.

“The funding amount is likely to rise to as much as 50 billion (shillings) as programs are developed and details confirmed,” the EU mission to Kenya said in a statement.

Kenya forecasts a deficit of 7.9 percent of GDP, or 329.7 billion shillings, this fiscal year ending next June.

In recent budgets it has factored in minimal donor funds as donors, concerned about allegations of corruption in government, tightened their purse strings.