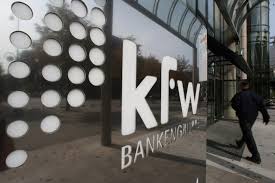 The Germans, who were on a fact-finding mission in Kenya last week, made the commitments to President Uhuru Kenyatta at State House.

The funds are meant for exploration and laying of infrastructure in the Bogoria-Silale region in Baringo in preparation for the setting up of a 200 megawatt (MW) plant.

The county now joins Naivasha and Nakuru as geothermal hotbeds as Kenya races to tap into the steam wells to boost its power capacity.

The Baringo project had faced delays after the Geothermal Development Company (GDC) invited bids from investors for the first time in 2011.

The Germans said that the financing of the Baringo project will be through the German Development Bank (KFW).

Mr Haje Schutte, a director of KFW, pledged to expedite the release of funds, citing the need for robust tie-ups between Kenyan government and private players in undertaking key projects.

Once it takes off, the projects will mark a new chapter in the lives of residents in terms of job opportunities and increased economic activity.

Kenya is racing to ramp up its energy capacity, which will support key infrastructure projects being undertaken or in the pipeline, as it races towards becoming a middle-income economy by 2030.

The current installed electricity capacity does not meet the energy needs of the country, a situation that has in the past resulted in higher consumer power bills and occasional load shedding, hurting business operations.

The country relies heavily on hydropower whose generation is most affected when water levels drop due to low rains.

GDC – which is tasked with fast-tracking the development of geothermal power – estimates that the country has a potential of producing 10,000MW but only less than 300MW has been tapped.