Gas supplies to Europe will become less reliable as much of its new demand in the coming decade will have to be met with gas from politically unstable countries in Africa. 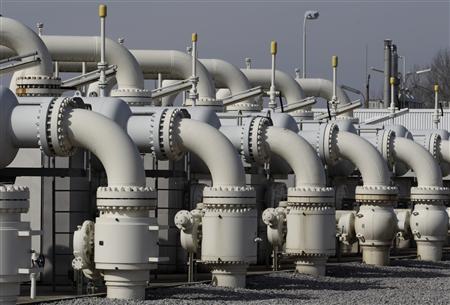 Europe’s gas demand is expected to rise by around 20 percent to 580 billion cubic meters (bcm) per year in the next 10 years as economic growth returns and governments plan to switch from coal to gas for power generation.

During the same time, supplies to Europe from the North Sea are expected to fall by at least 20 percent as reserves dwindle, while established suppliers such as Russia and Norway will not be able to increase exports by much and Qatar focuses more on lucrative Asia markets.

This means that Europe’s most reliable supply source – its own North Sea gas – will largely have to be replaced by supplies which the industry considers to be the most unreliable.

Analysts say it will increase the likelihood of supply disruptions and result in a risk premium that will be priced into European gas markets.

It will also make Europe’s gas market more like oil, which often sees price spikes due to security problems in Africa and the Middle East.

“Political violence could hit production or transit routes. Should Europe be reliant on these African gas producers, there is a potential risk that wholesale prices will rise,” said Amy Gibbs at political risk insurer Jardine Lloyd Thompson.

These developments have prompted Britain’s energy regulator Ofgem to commission a report on future supply risks.

“The decline in UK continental production has inevitably resulted in increased reliance on international gas markets. This exposes Great Britain to a range of additional risks,” Ofgem’s report said, adding this included conflict in Africa.

Research shows that Europe will need to meet around 20 percent of its annual gas demand, equivalent to 125 bcm, from sources in Africa, many of which have yet to be developed.

High production costs and a lack of expertise in many countries that are planning to export gas means that new supplies will be expensive and are likely to be delayed.

Africa currently has around 85 bcm a year of gas available for export, a figure exploration companies say could rise to 130 bcm by 2020.

This means that Europe will want almost all of Africa’s future gas exports, something analysts say is unlikely given Asian buyers pay more than Europe.

Most of East Africa’s expected production of 40 bcm a year is already earmarked for Asian buyers.

The rising demand also means that almost all planned African gas projects need to be built and become operational without delay, something analysts say is unlikely.

“Demand seems likely to surprise on the upside while the inexperience of new project sponsors would imply that supply will be delayed,” said South Africa’s asset management and investment bank, Investec (INVCu.J), which has around $110 billion under management.

Angola, Africa’s newest producer of liquefied natural gas (LNG), began exports at a modest annual capacity of 7 bcm this year after being delayed by 18 months, which pushed the overall development time to 11 years.

Adding to the rising supply tightness are political instability as well as high production costs.

Violent uprisings have already toppled governments in Libya and Egypt and reduced supplies, while a deadly attack on Algeria’s In Amenas gas facility run by BP (BP.L) and Statoil (STL.OL) in January highlighted the risk there.

A report on African natural gas from consultancy Ernst & Young flagged high security risks in Algeria, Angola, Libya and Nigeria, and said that overall risk levels in all African countries with major natural gas export potential were either moderate or high.

One of the biggest concerns is Algeria, Africa’s biggest contributor to European gas supplies.

The North African country supplies around a third of the gas used by Italy and Spain but is considered so unstable that Rome and Madrid are seeking ways to reduce their dependence on Algerian gas.

Algerian gas exports have already dropped to little more than 50 bcm from around 70 bcm in less than 10 years, and the country faces a rising threat from militant groups, especially in its south, close to its borders with Mali and Libya, where most of its new gas supply reserves are.

BP said in May that it would delay two major Algerian gas projects despite government efforts to attract new partners.

Analysts also say that potential new resources will be much more expensive to produce and connect to existing infrastructure, pushing up Algeria’s export price.

With a generally tight gas market in prospect as well as security risks spread across Africa, analysts say supply disruptions are almost unavoidable.

“The tightness could make LNG cargoes harder to source and more expensive. This could feed through into wholesale gas prices,” Ofgem said.

The regulator also said that serious consideration should be given to increase gas storage capacity in order to cope with a potential supply shortfall in Britain.