Everyone in Norway became a theoretical crown millionaire on Wednesday in a milestone for the world’s biggest sovereign wealth fund that has ballooned thanks to high oil and gas prices. 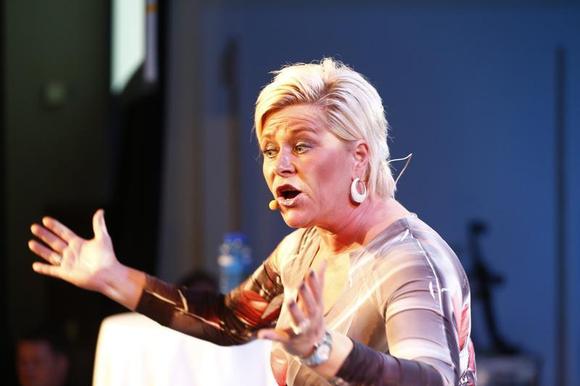 Set up in 1990, the fund owns around 1 percent of the world’s stocks, as well as bonds and real estate from London to Boston, making the Nordic nation an exception when others are struggling under a mountain of debts.

A preliminary counter on the website of the central bank, which manages the fund, rose to 5.11 trillion crowns ($828.66 billion), fractionally more than a million times Norway’s most recent official population estimate of 5,096,300.

It was the first time it reached the equivalent of a million crowns each, central bank spokesman Thomas Sevang said.

Not that Norwegians will be able to access or spend the money, squirreled away for a rainy day for them and future generations. Norway has resisted the temptation to splurge all the windfall since striking oil in the North Sea in 1969.

“Many countries have found that temporary large revenues from natural resource exploitation produce relatively short-lived booms that are followed by difficult adjustments,” she said in an email.

“The fund is a success in the sense that parliament has managed to put aside money for the future. There are many examples of countries that have mot managed that,” said Oeystein Doerum, chief economist at DNB Markets.

Norway has sought to avoid the boom and bust cycle by investing the cash abroad, rather than at home. Governments can spend 4 percent of the fund in Norway each year, slightly more than the annual return on investment.

Still, in Norway, oil wealth may have made the state reluctant to make reforms or cut subsidies unthinkable elsewhere. Farm subsidies allow farmers, for instance, to keep dairy cows in heated barns in the Arctic.

It may also have made some Norwegians reluctant to work. “One in five people of working age receives some kind of social insurance instead of working,” Doerum said, despite an official unemployment rate of 3.3 percent.